POKEY LAFARGE’S MANIC REVELATIONS OUT MAY 19 ON ROUNDER RECORDS

“…A MAN WITH A VISION AND A PASSION FOR MUSIC FROM WAY BEFORE HIS TIME.” - NPR Music

Toronto, ON – March 1, 2017 – Pokey LaFarge’s anticipated new full-length album, Manic Revelations, will be released May 19 on Rounder Records. In advance of the release, the album’s lead track, Riot In The Streets, recently premiered at KCMP’s The Current (stream/purchase now). Of the song, The Current praises, “Pokey LaFarge tries to make sense of trouble he’s seen and trouble he’s been in. This is the Great Why of his unending passion for songwriting. Each chord, each riff shades the stories he sets up in his lyrics, always in search of the purest truth within the 10 forlorn, haunting melodies on Manic Revelations. A musician, a storyteller, a narrator of the messy, unkempt American experience…Pokey LaFarge sits, he watches, he writes. Everything that’s worth happening happens in his songs.”

Of his inspiration behind the song, LaFarge shares, “It is a tough thing to write about, but as a citizen of St. Louis and as an artist, I had to say something. Hopefully this song does more good than bad and, ultimately, gets the dialogue started. Although it’s also important to not forget the peaceful protests and those that spread the message of love in the pursuit of justice and equality, this particular song is about people being marginalized and brought to the brink. It was only a matter of time before they fight back. I hope you feel that tension in the song—even from the first bass click.”

“The manic revelation is the state where artists create,” says LaFarge. “I got to the point in writing these songs where I felt like a house on fire that just kept burning.” He continues, “This album is about confronting yourself. It’s about confronting your city, its relation with the world, and all its people.”

Since his debut in 2006, LaFarge has released seven studio albums, including his most recent, 2015’s Something In The Water. Of the album, American Songwriter proclaims, “immensely enjoyable…the sheer joy of these performances is contagious,” while The Guardian declares it, “…a spirited attempt to keep American roots music—country blues, early jazz, ragtime and western swing—alive.” Additionally, surrounding the album’s release, LaFarge was featured on NPR’s Fresh Air. Listen to the full interview with Terry Gross here.

In addition to his life as a musician, LaFarge recently made his acting debut on CMT’s new original series, “Sun Records,” playing celebrated country artist and songwriter, Hank Snow. More information about the program can be found here.

LaFarge and his longtime band will embark on an extensive tour in support of the album. More information will be announced shortly.

1. Riot In The Streets

3. Better Man Than Me

8. Going To The Country 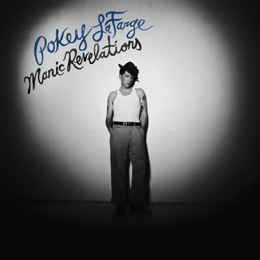